1:   you walk into a bar, walk up to the counter and say hi to everyone. It’s a nice thing to do and it shows confidence. You’ll get a bit of respect at the bar straight off the bat.

2: Try and listen to other people more than you talk. Not only is it a nice thing to do but you also make the other person feel listened to and asking some questions about what they’re talking about will go a long way to make them feel listened too.

3: Walk with a straight back. Don’t be bent over with your arms swinging everywhere, maybe keep your hands in your pocket or by your side. There is nothing manly about a guy walking around like a monkey.

4: NEVER, AND I MEAN NEVER raise your hand to a woman. If you do then you’re nothing more than a little boy trying to play the role of a man, you’ll never be a man if you hit a woman, may that be your girlfriend, sister, mother, random stranger. MEN DON’T HIT WOMEN.

5: Men don’t go out looking for fights or trouble, they try and stay out of it as much as possible. They don’t seek trouble but that does not mean that trouble won’t find them, but if it does then they’ll handle it.

6: Let say you do get into trouble and the only way is to get out is to fight then always be the first one to hit and hit them hard, as hard as you can. Punching someone (ideally in the face or crouch) does hurt your hand a lot, you’re punching someone else’s bones with your bones, it will be like hitting a rock with a small layer of skin. Don’t let this stop you, just as hard as you can.

7: Never case after a woman, never base your life around one single person that is not a sure thing, instead, you should be casing your dreams and goals while trying to make a success of yourself.

8: Always pay your dues in full.

9: Pay for your friends’ drinks more often than they do. Soon you will not have to pay for a single drink. If you can afford it, help a friend in financial need. Forget and don’t talk about the money you lent.

10: Learn how to keep secrets, nothing is worse than opening up to someone and telling them your secrets just to find out that they told everyone, don’t be that person. If someone trusts you enough to tell you their secrets then have enough respect for them and don’t tell anyone.

12: Don’t pay for sex. You don’t need it that bad, you’re not an animal, you should spend your evening trying out new pick up lines and having a good time with people.

13: It’s normal to get sad and upset, but it’s not okay to turn a bad 5 minutes into a bad day, or week. Take a few days to take care of yourself if that’s what you need but don’t be a drama queen about it and understand that everyone has bad days.

14: It is also good to talk about the emotions you’re feeling with loved ones as they’ll be there for you. Being a man does not mean that you have to hide your emotions and be a rock.

15: Stay clean, if you have a long beard then take care of it and keep it neat, brush your teeth and shower.

These are 15 rules of manhood that we have thrown together. Being a man does not mean being a rock but it does you’ll be there for the ones you love and you’ll help them no matter what. Also, there’s no reason to be rude to anyone, so keep all of this in mind and know that a man can be described in 100 different ways but these are a few things that will make a man great. 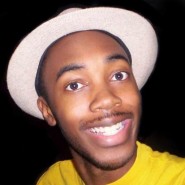